The Secret of Success – it’s more common than you think

There are many definitions for success. Some people measure it by their health, or their family, or the friends they have. Others measure it by things attained, or achievements made. Others may use a combination of all of these.

I’ve often thought about success and what it means to me, and have to admit that my definition has changed over the years. That said, I started thinking the other day about people I consider successful in what they do (or did) for a living. Which led me to research who they are and what makes them tick. I think, truly, that to become successful in any form you have a mantra or code that you live by. And I discovered, as I researched the people who intrigue me, that there are definite similarities in the way they think. Here’s a sampling:

Thomas Edison – his teachers told him that he was too stupid to learn anything. He went on to invent 1,000 light bulbs before creating the one that worked. In his words, “Our greatest weakness lies in giving up. The most certain way to succeed is always to try just one more time.”

Julia Child – if you know anything about Julia, it’s that she started out as a culinary disaster only to become one of the biggest icons among chefs and cooking. When a recipe bombed, she didn’t make excuses. In her mind, these types of admissions only drew attention to your shortcomings (or your perceived shortcomings). Which is why she said, “Maybe the cat has fallen into the stew, or the lettuce has frozen, or the cake has collapsed. Eh bien, tant pis. Usually one’s cooking is better than one thinks it is. And if the food is truly vile, then the cook must simply grit her teeth and bear it with a smile, and learn from her mistakes.” In sum, according to Julia, “The only real stumbling block is fear of failure. In cooking you’ve got to have a what-the-hell attitude.” 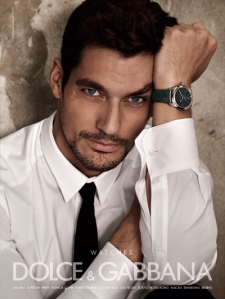 David Gandy – labeled the most handsome man in the world, Gandy says “I’m more a believer in making your own luck,” and focuses on not following trends but making his own. According to him, “In any working environment, you’re bound to feel the pressure to change. But getting to the top is about focusing on the long-term. It’s no good saying ‘I want to re-brand myself, I want to be this person.’” He’ll tell you point blank that he was never going to be the skinny Dior guy because that’s not him. When told to lose weight, he put on more instead. He trusted his intuition and stood firm. And by doing so, he paved his own way to becoming the most in demand male model ever, as well as a driven businessman, showing us that there’s a lot more to him than gracing the cover of a magazine. 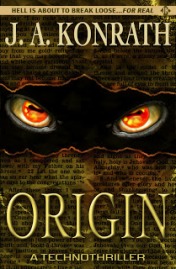 JA Konrath – A traditionally published author who turned to self-publishing and finally made his mark, Konrath is a self-professed workaholic who does what he does because he loves it so damned much. Here’s a bit of his story in a nutshell: “It took more than ten years for ORIGIN to find its audience, and I’m going to write a sequel to it, because I get so much fan mail about that book.” The thing is, “You can quit if you want to. Or you can stick with it until you get lucky. The are no easy answers. No quickie fixes. No direct paths to success. No one is forcing you to do this. You have to love it, and to believe in yourself. Even when you fail. Especially when you fail.”

Okay. So there you have it. Sure, there are dozens of other people I could put on this page but there’d be no point because the point has already been made. And, by the way, have you realized what it is?

Persistence. And a true sense of self.

And only I can reach success in my writing, whatever that ‘success’ may be, by keeping at it. Because at the end of the day, the only person I have to answer to when it comes to my success is – you guessed it – me.

I write about secrets, suspense, and soulmates.
View all posts by terriponce →
This entry was posted in Stories Behind The Stories and tagged David Gandy, JA Konrath, Julia Child, quotes, Terri Herman-Ponce, Terri Ponce, Thomas Edison, writing. Bookmark the permalink.