I Did Something I Thought I’d Never Do

Posted on September 4, 2013 by terriponce

This is what happens when you swear you’ll never do something. At some point, you eat your words because you ignore the promise and do it anyway.

What is it I’ve done, you ask?

*looks around, hoping no one will point a finger*

I threw caution to the wind and wrote story just for the hell of it.

I know. I know. Not exactly earth shattering. Or sexy. And I bet you were expecting something sexy, right? 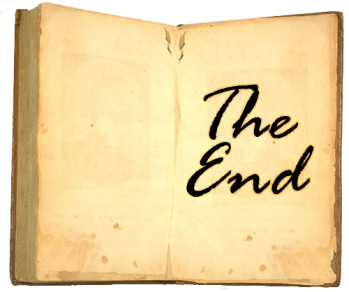 Yeah, well, writing isn’t sexy. But here’s the thing. For years–years, I tell you–I’ve been what Reed Farrel Coleman calls a write-itor. That, for those of you who don’t know, is a writer to writes-edits-writes-edits-writes, etc., until a scene or chapter is complete to the writer’s satisfaction. It’s a slower way of writing story, but in the end you end up with a much cleaner manuscript to edit when you finally type The End.

But here’s the thing. Write-itors are perfectionists and deal with the Internal Editor every time they sit down to hammer out scenes and chapters. In other words, you don’t write the next scene until you know the one you’re currently working on is as perfect as it’s going to get. For years–years, I tell you–I’ve worked this way and it’s worked well for me. Until about three or four weeks ago.

For some reason, I hit a hard wall with my latest book. It wasn’t that I didn’t know what story I wanted to write. It was that I just felt burnt out. I was inundated with email and social media, writing this blog, and trying to find the time and the creative drive to keep writing story. On top of all of that, my stress level at work skyrocketed and I became mind numb. It was as if I was a zombie, spending my day doing what I needed to do just to get by. And with it, my writing suffered.

For those of you who have been following or reading my blog, you’ll know that I took a long and much-needed writing break. And while I did so I realized that while technology, and the ability to write on a laptop literally anytime or anywhere, has made it so much easier, I wasn’t feeling much more creative because of it.

So I took stock in what’s changed over the years–years, I tell you– and realized one day while I was enjoying a Starbucks coffee that the biggest difference in the way I write now compared to the way I wrote ten, twelve, or fifteen years ago is in the medium. Way back when, I wrote longhand in a notebook. I let the story flow out of my head and through my pen onto paper. I never went back and reread what I wrote, either. That was saved for when I took that handwritten story and typed it into my computer. And that’s where my real editing started. So, the stories in my notebooks were pure storytelling. Stuff that was in my head and that I told, in my own voice, as it came to me.

This is what I recently realized was missing from my current storytelling. When I wrote IN THIS LIFE, it took about six years to produce. That takes into account the first version that ultimately turned into another version, that ultimately was edited and ended up published in 2012. In that case, I was a write-itor to the max. When I wrote COVET, however, I just let the story flow. And now, when I started this third book (after I started a different third book earlier this year that failed miserably), I realized I was write-iting to death. So, I decided to make my laptop into a makeshift notebook and I’m now letting it all loose.

This is going to be a curious journey for me, because I’m not a pantster by any means. I need to balance my left brain (logic) with my right brain (creativity), and right now I’m relying completely on my right brain. It’s a scary course because I have no idea if I’ll be successful at this or not. I mean, just how bad will those edits be when I go back and have to rewrite all this raw material?

I’m thinking, right now, it doesn’t matter. Because this new (for now) process is very refreshing. Ask me in another month if I can say the same.

I write about secrets, suspense, and soulmates.
View all posts by terriponce →
This entry was posted in Stories Behind The Stories and tagged books, pantster, reading, storytelling, Terri Herman-Ponce, Terri Ponce, write-itor, writer, writing. Bookmark the permalink.