COVER REVEAL: The Past Life Series Has a New Look!

I had visions of Lottie and David and Galen facing challenges in learning about their past lives over twelve thousand years. I saw Lottie and David’s relationship tested by Galen’s ever-growing hunger for Lottie. I imagined mysteries developing over their knowledge of man’s history — from Paleolithic times through ancient Egypt until now — knowledge that no one else knew or shared.

All of that happened over the course of the first three books. And yet it also didn’t.

Instead, Lottie and David and Galen exposed secrets I never knew. Secrets that changed my world.

Secrets that will change yours.

Welcome to the newly branded Past Life Series. 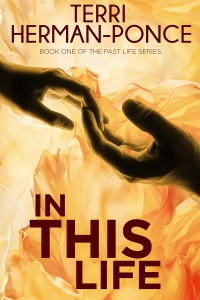 When psychologist Lottie Morgan meets Galen, their encounter is as intense as it is eye-opening. Something about him is familiar. His looks. His words. His touch.

Lottie can’t resist the urge to know more about him, or the smoldering memories that surface every time he’s near. Only Galen’s keeping a dangerous secret, one linked to a life shared thousands of years ago. One that could destroy the relationship Lottie has with her current lover David.

One that is about to cost Lottie her life. Again. 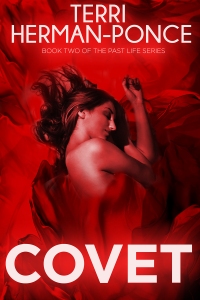 David Bellotti has carried a secret for all his lives.

When a chance encounter triggers the memory of a life 12,000 years ago, David is forced into a dangerous game against people determined to expose the very truth he has guarded for millennia — threatening the woman he loves, the life he has made for himself, and the daughter he never knew he had.

Find your way back through alternate history, when hunter-gatherers roamed and David and Lottie’s past incarnations began. 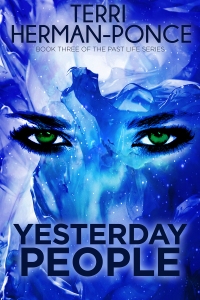 David Bellotti’s only focus is to find his abducted twelve-year old daughter. When he sees her on a news segment with her captor, a renowned archaeologist who’s made a major discovery, David sets out to bring her back home. But the search leads him to a long-buried message that could alter man’s history forever.

A message David and his daughter inscribed twelve thousand years ago.

A message that is dangerous in the wrong hands.

In a life-threatening race to protect past and future, David is forced to make the ultimate choice. Safeguard mankind from a secret that must remain hidden. Or save his little girl. 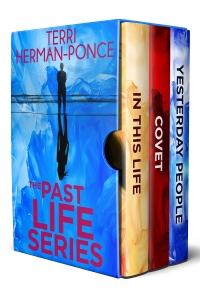 They’ve carried secrets for all their lives.
Those secrets are about to change yours.

THE PAST LIFE SERIES
Where second chances test passion, reality, and love.

A HUGE shout out to Steven Novak of Novak Illustration for his artistry, talent, and creativity. Without him, my new covers would never have come to life.

4 Responses to COVER REVEAL: The Past Life Series Has a New Look!